Pizzas’ popularity in the US is unflagging. There are an estimated 70,000 pizzerias in the country and the combined annual sales of the fast food is worth $38 billion. On average, 3 billion pizzas are sold a year. This particular food favorite dates back to at least AD 997 in Gaeta with the first known record of the word pizza. Pizza then spread to different parts of Central and Southern Italy. The early form of pizza was probably the focaccia, a flatbread known to the Romans as panis focacius, to which toppings were then
added. The Romans loved fermented fish paste to season their food, so they were probably the first to apply anchovies. Of course, many countries had flat bread and what they did with it in terms of laying on favorite foods, is lost in antiquity.
Colorado, like all other states, has numerous pizzerias, and, in keeping with all other food outlets, hygiene is a highly-regulated top priority. A successful pizzeria brew pub recently opened another one in Colorado Springs. 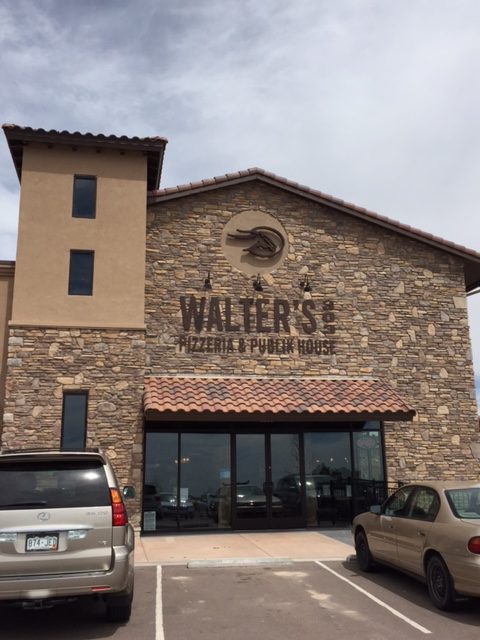 Hygiene considerations were paramount, but as any restauranteur knows, subsequently maintaining high levels of cleanliness is dependent on having flooring with a durable, smooth surface that makes cleaning easy without the cleaning chemicals causing it to wear out, leading to cracks and fissures where dirt and germs can gather. In the case of a new establishment, the owners were further concerned with their new kitchen having a coating that would not produce noxious vapors such as Volatile Organic Compounds. They also did not any use of solvents or have any off-gassing.

The owners had previously used Lifetime Green Coatings, which, not only does not have VOCs, it has the distinction of being ANSI-NSF-61 rated for contact with potable water. It is non-toxic and made of vegetable oil and naturally occurring gypsum. It has demonstrated phenomenal resistance to a wide variety of chemicals in oil and production water in frac tanks, and 20-year brine immersion has shown no measurable deterioration. In this case, whilst the owner had understood and appreciated the original performance claims for Lifetime Green Coatings, they wanted extensive real-world use in their pizzeria brew pub to be the final test for whether they would use it in their new pizzeria brew pub. The usage reports bore out the durability claims and the decision was made to use Lifetime Green Coatings again.

The new pizzeria’s 1900 square floor of new concrete was swept scrupulously clean and dried prior to the applications of a 30 mils depth of product.
Lifetime Green Coatings has almost double the adhesion of conventional epoxy coatings and readily permanently infills cracks and crevices. Uniquely, this plasticized gypsum can re-bond to itself if touch-ups are required at any time during the lifetime of the coating can, in ideal conditions, be an almost indefinite period as the product does not shrink or crack. The product was applied manually. In fact, for about 98% of floors, this is the standard practice as it spreads evenly before setting up within about 30 minutes of the two-part product being applied. Many applicators report that its odor is very natural. Standard protective gear is mandatory and any
exposed flesh should be covered as Lifetime Green Coatings sticks extremely vigorously to the skin.