Apartment building construction quality varies widely throughout North America as developers manage a fine line between cost of construction and making a profit. Design plays an in integral role in their longevity as well as climate of course. Denver, Colorado, where this case study of an older 45-apartment complex is focused, is a case in point where design plays a very significant role in how it faces the elements 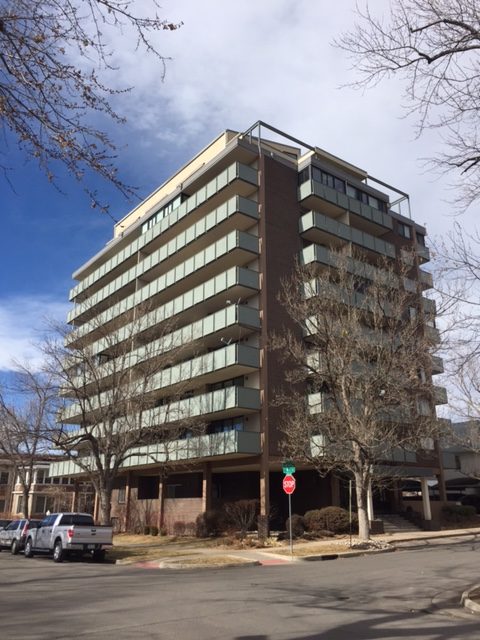 Winter is the harshest time for buildings in colder areas of the nation. Aside from the generally higher rainfall levels, the envelope has to cope with
freeze and thaw. Not untypically snow gets blown onto the balcony and collects. Then it melts soaking into the concrete causing damage to the
concrete but also the balcony below.
Liquids generally shrink when they get chilled and frozen. Water is one of the few exceptions to this behavior. When liquid water is cooled, it contracts
to start with until a temperature of approximately 4 degrees Celsius (39 F) is reached. After that, it expands slightly until it reaches the freezing point,
and then when it freezes it expands by approximately 9%. The shrinking effect allows water to get into the smallest cracks so when
the expansion phase is initiated, enormous pressure is applied in the cracks, often causing concrete to fail in a localized area. Over time, the damage
deepens. The worse kind of damage is if the water reaches rebar steel in concrete slabs and starts the rust process. This is extremely expensive repair
work.
What was needed was a coating that would not only seep deep into any cracks in the balcony concrete, but would also have such high adhesion
that there could be no moisture creep in the future, while still providing an aesthetically pleasing appearance with maximum safety for anyone walking
on it in winter when an icy surface film can present a hazard.

Lifetime Green Coatings is plasticized gypsum, a naturally occurring mineral that is highly stable and non-toxic. The coating has no VOCs and does not require any
solvents at any stage of the application or clean-up. It has double adhesion of conventional epoxy coatings and retains its flexibility and readiness to
re-bond when repaired, indefinitely. A 20-year antecedent history of use in public parking, high rise buildings, waste and potable water facilities, and
even on roads, has shown it to be extremely robust. In this case, because there was a visual appeal aspect as well as a safety one,
1/16th inch flake chips were added. Not only did the chips give texture appeal, they also provided a rough surface for residents to walk on. 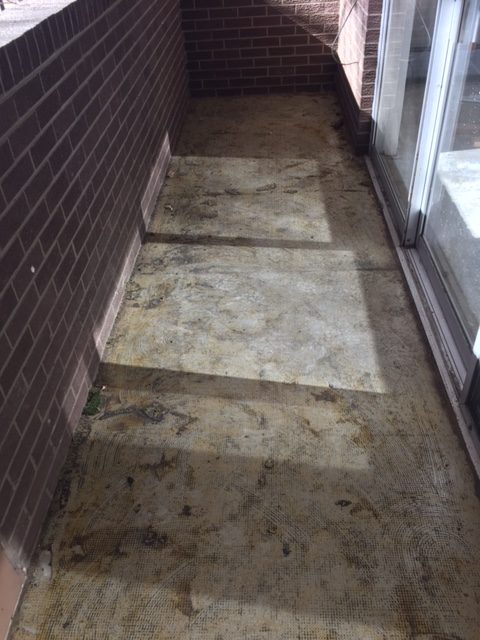 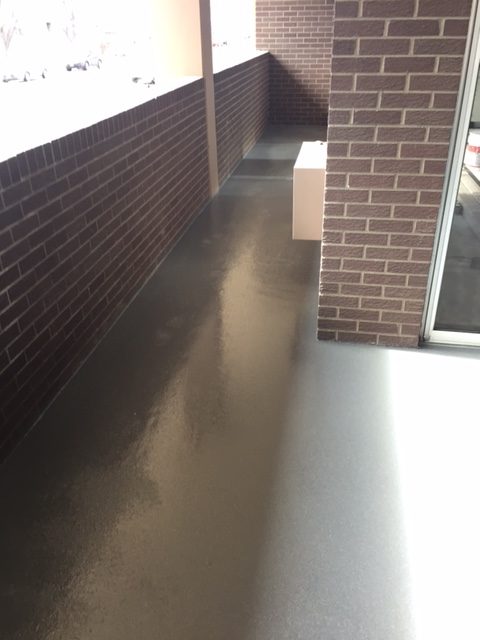 Lifetime Green Coatings, because of having no VOC’s, did not require any special measures for the residents as only the applicators had to wear standard safety gear when
they applied a 30-mil coating. The coating is virtually odorless, with some people reporting a pleasant, faint smell of castor oil. Within 30 minutes
the coating ‘kicks in’ and is fully cured within 24 hours at which point a final inspection was done and the balconies released back to the residents for
their use.
With one of the most vulnerable areas of the building’s envelope sealed in this way, further damage to the concrete has been arrested completely.
Should any physical damage occur in the future from heavy object impact, the previously stated indefinite ability of repair coatings to bond to old but
dry and clean Lifetime Green Coatings surfaces will be important in long-term preservation strategies.