The Mile High Stadium, officially called Sports Authority Field at Mile High, in Denver, Colorado, has a capacity of over 76,000 for NFL games and is the home of the Denver Broncos. It was opened in 2001, replacing the original stadium that was built in 1948 at a different location. It has sold out every home game since then. 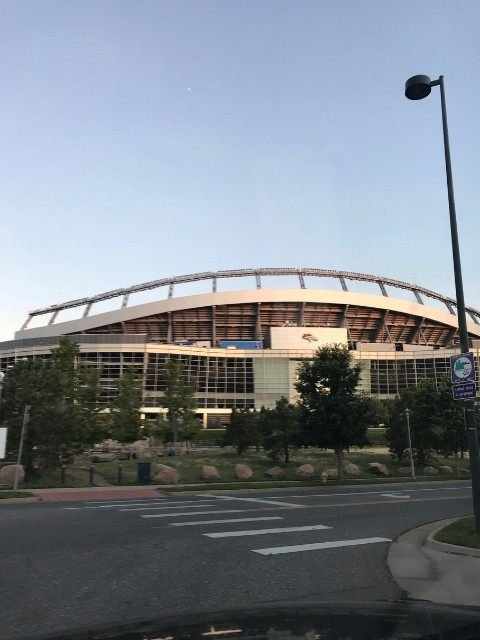 After 15 years, the original epoxy coating had been continually failing over the past five years. Several patches had been attempted but because the traditional epoxy had a short re-coat window the patch would never re-bond back to the original coating.

The badly deteriorated coating was in the indoor food and beverage areas and it was critical that it be replaced with a quick-curing high performance coating for time sensitive and also hygiene considerations as frequent cleaning can be hard on conventional coatings which often quickly micro-crack in tough conditions. Additionally, the client made it abundantly clear that the Broncos liked to utilize green and sustainable materials whenever and wherever possible.

Furthermore, the client wanted to minimize downtime because of an impending major event that creates substantial income from food and beverage sales. They also wanted to minimize impact for employees in the affected area of the stadium and have absolutely no impact on events. The client provided a fixed 2.5-day completion window.

Lifetime Green Coatings ticked all the ‘green’ boxes as one of the nation’s leading coatings. With an antecedent history of applications on public and private concrete structures stretching over 20 years, it has been well proven for high-traffic public area use.

Lifetime Green Coatings has roughly double the adhesion qualities on concrete compared to conventional epoxy coatings and can be repaired for the entire lifetime of the coating because it will completely re-bond to original Lifetime Green Coatings with perfect adhesion subject to normal surface preparation. It is also completely non-toxic being made of vegetable oil and naturally occurring gypsum.

With Lifetime Green Coatings also having an ANSI/NSF-61 rating for use in contact with potable water, the client found this particularly appealing in relation to the coating project of food and beverage areas.

A major surface preparation had to be done prior to coating which included degreasing of food and beverage waste. The old, failing coating had to be completely removed and the surfaces left dry and absolutely clean. The restricted window for completion required fine planning and execution. The
stadium has events all the time. Not completing the job on time was not an option as the VIP Club level brings in $100,000s per day in sales. The job used the manually applied version of Lifetime Green Coatings. The coating is very easy to mix prior to application, and, in the case of manually application, it only requires modest skill levels and only standard safety protection for protecting eyes and exposed skin, including breathing with a mask. Being free of Volatile Organic Compounds and quick set up, disruption was kept to an absolute minimum and the coating job was completed within the 2.5-day window. The coating cured within 24 hours and final inspection at that point allowed for an immediate handover.
This application again demonstrated that a high performance material that can be very green and sustainable while also being considerably cheaper than conventional epoxy coatings without any sacrifice in performance and, in fact, overall superlative long-life integrity. 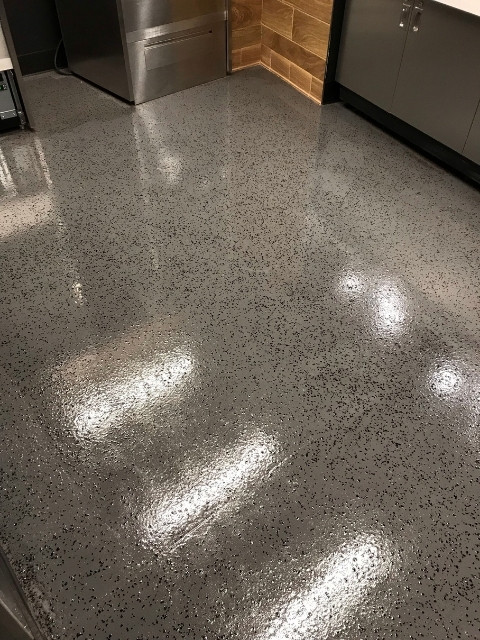