Mushrooms are big business in the US. The value of sales for the 2016-2017 period was $1.22 billion, up 3 percent from the previous season. The volume of sales for the 2016-2017 United States mushroom crop totaled 929 million pounds, down 2 percent from last season’s revised number. There were 312 mushroom producers, down 35 from last season. The one aspect in common for all of the growers is that in providing a crop for the human food supply chain, they all need to comply with strict USDA hygiene standards. This case study concerns a Montrose, Colorado, mushroom farm. 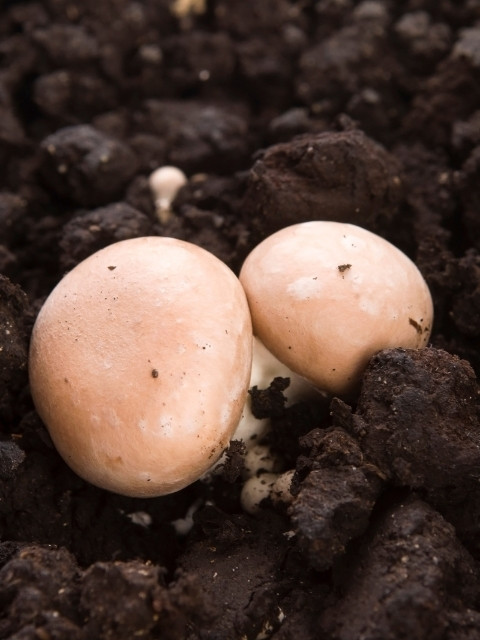 The client not only had to comply with the regulations but they most specifically wanted to have some 3,000 square feet of floors and walls coated without any VOCs whatsoever and absolutely no odor that might impregnate and spoil the product. They also wanted an approved coating that could be in direct or indirect contact with food destined for human consumption

Lifetime Green Coatings has no VOCs, is BPA-free, non-toxic, no PGEs, and is ANSI/ NSF-61 rated for contact with potable water. It is made from renewable castor oil and recyclable gypsum which is a naturally occurring soft rock found in many areas of the US. The coating sets up quickly and within 24 hours is fully cured, a much quicker time than most conventional epoxy coatings.
Importantly, once cured, it is completely odorless. Lifetime Green Coatings has a number of other critical advantages over conventional coatings. Aside from its toughness and superior adhesion (double most other products), it retains a degree of flexibility for its entire lifespan, allowing for greater robustness against any physical or thermal shock.

Lifetime Green Coatings’ durability has been well-proven not only as a deck coating on large C-Class ferries over 20 years ago but also in the fracking industry where it has been used mostly as an internal coating in hundreds of oil and production water tanks where the exposure to a cocktail of frac chemicals has demonstrated its extreme ability to resist corrosive chemicals. Twenty-year-plus brine tests have shown absolutely no measurable degradation. Most importantly, Ecodur permanently retains its ability to self-bond to repair coats, should they be needed, which can be the case in heavy-duty manufacturing facilities, unlike many conventional coats where micro-cracking failure can result in the entire surface having to be renewed.

Lifetime Green Coatings’ extremely extensive use through the fracking industry coating many hundreds of oil and production water tanks, as well as used in the water and wastewater industry, has shown how robust it is when exposed to a wide variety of corrosive chemicals.

The veggie-plastic coating, which is made from castor oil and gypsum, is completely non-toxic and also has the ability to re-bond to original Lifetime Green Coatings surfaces, should repairs be required at some in the future.

The job involved concrete flooring and Masonite walls. These were cleaned and the contractor, Elite Protective Coatings, ensured they were also dry with no loose material. The Lifetime Green Coatings was applied with our patent-pending spray technology which, uniquely, can be cleaned without the use of solvents. Solvent use and subsequent expensive disposal is a major issue for the coating industry where regulations around the world continue to tighten up. The overall application thickness was an average of 50 mils for both walls and floors. Tack free state was achieved in about 30 minutes and, in line with typical performance parameters, the coated surfaces were fully cured within 24 hours of application. The entire project lasted two days. The client subsequently reported being completely satisfied with Lifetime Green Coatings’ finish and, most particularly, with it meeting all their particular demands and being a ‘natural’ product with absolutely no after odor.